How Do Antennas and Transmitters Work? 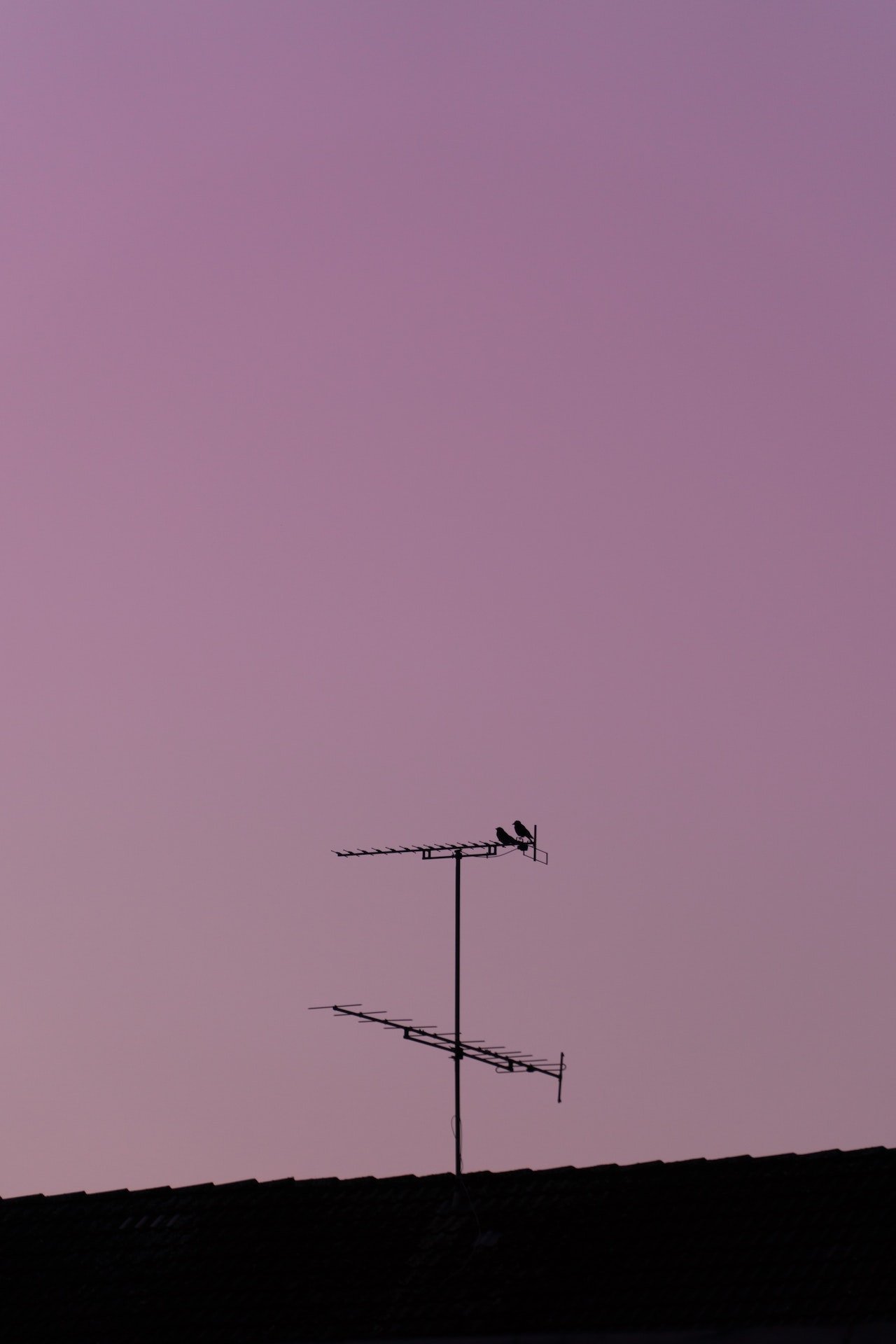 So, how does an antenna work? It is like holding your hand in the air while catching all those pictures, words, and information passing by. More or less, this is the function of the antenna. Actually, it is the dish or metal rod which catches radio waves and converts them into electrical signals, then it will be fed into a telephone system, television, or radio.

Antennas such as these are also known as receivers. Transmitters are another type of antenna that has the opposite function as receivers. Its job is to convert electrical signals into radio waves so they can travel thousands of miles around the planet or perhaps into space. Essentially, transmitters and antennas are the most important factors in all types of modern telecommunication. So, let’s explore what antennas and transmitters, as well as how they work are.

Antennas – How They Work

What if you are working in a radio station, and your job is transmitting programs to the world? So, how are you going to do this?

First, you capture the voices of the people by using microphones. Then, you will convert them into electrical energy. Afterwards, this electricity will be streamed along a metal antenna. You must boost its power so it can travel as far as you want.

As the electrons in electricity continuously move back and forth along the antenna, invisible electromagnetic radiation will be developed, and it will be in the form of radio waves. These waves are magnetic and electric as well. They travel as the speed of light travels, bringing with them the radio program. So, what will happen if you turn on your radio and are located a few miles away?

The radio waves sent out will travel through the metal antenna, making electrons move back and forth. Typically, an electric current will be generated. This indicates that the electronic components within your radio were converted into the sound you hear.

Most often, transmitter and receiver antennas have the same design. For instance, if you are using a satellite phone that is capable of sending and receiving video-telephone calls to anywhere on the planet with the use of space satellites, the signals that you have transmitted and received will eventually travel through a single satellite dish, which is a unique type of antenna that has a resemblance of a bowl. Technically, it is referred to as a parabolic reflector since the dish curves in the form of a graph, also known as a parabola.

But sometimes transmitters and receivers do not look the same. Radio and TV antennas are large masts that sometimes expand hundreds of meters into the air since they are required to send strong signals over long distances.

For instance, at Sutton Coldfield in England, their antennas have a mast of 270.5 meters or 887 feet which is equivalent to about 150 tall people standing on top of each other. However, if you are at home, you don’t need a big antenna such as this, a smaller antenna can accomplish the job just fine. 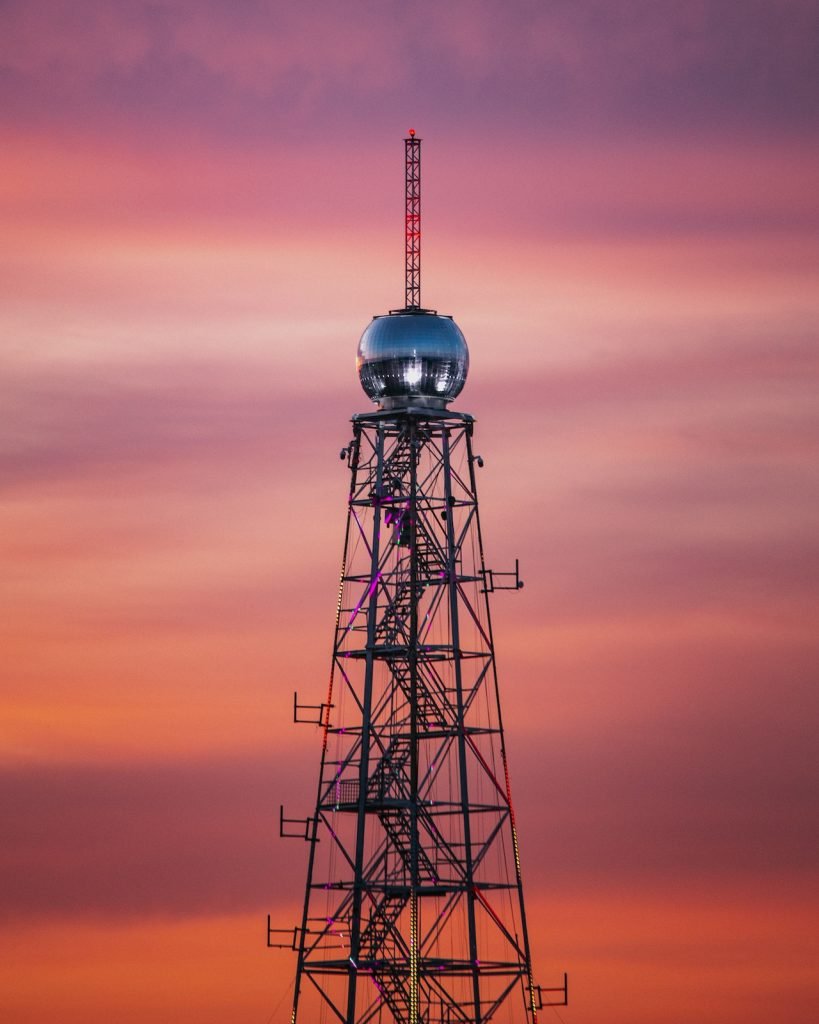 Nevertheless, waves transmitted through the air will not always be caught immediately from the transmitter to the receiver. Most likely, it will depend on the type of waves or frequencies you want to send, the distance you want to send them, and the time you will be doing it. Generally, there are three ways in which the waves can be transmitted. It can travel either by the ionosphere, ground wave, or line of sight.

Based on what we have observed, these waves can shoot in a straight line, also known as the line of sight. It will be similar to a beam of light. In the early days, long-distance telephone networks used microwaves to transmit calls this way between extremely high communications towers. Nowadays, fiber-optic cables are being used. Telecommunications workers must climb up on the metal foundation of the antenna.

When antennas use line-of-sight communication, they need to be installed on high towers. Most likely, the thin dipoles of the antenna will stick out from the top. But what is visible is the tower where the antenna is connected high in the air.

They can travel fast around the Earth’s curvature in what is referred to as the ground wave. This is how AM (medium-wave) radio travels, particularly for short-to-moderate distances. Sometimes you might hear radio signals over the horizon. This happens when the transmitter and receiver are not able to connect.

What happens is that they will travel straight to the sky and then rebound to the ionosphere, which refers to the upper atmosphere of the Earth that is electrically charged. Finally, it will return to the ground again. This is more effective during nighttime. That is why foreign or distant AM radio stations can quickly pick up signals in the evenings.

During the day, waves shoot off to the sky, and then they are taken in by the lower layers of the ionosphere. However, this will not happen during the nighttime. Instead, the radio waves will be caught in the higher layers of the ionosphere. Then, it will be tossed back to the Earth, providing us with a powerful sky mirror that can assist in bringing radio waves over long distances.

What is the Proper Length of an Antenna?

The single piece of metal that is connected to the radio is considered the simplest antenna. You can find that the latest models of transistor radios consist of at least two antennas. The first antenna is a long telescopic rod usually pulled out from its casing. You can swivel it around to catch FM (frequency modulation) signals. While the other antenna can be found within the casing, typically, it is affixed to the main circuit board. Eventually, it can catch up with AM (amplitude modulation) signals.

Why Does a Radio Have Two Antennas?

Radio waves deliver the signals these various wave bands use of varying wavelengths and frequencies. Generally, AM radio signals use a frequency of 1000 kHz (kilohertz). On the other hand, FM signals use approximately 100 MHz (megahertz), which means that they vibrate faster.

Take note that all radio waves travel at a similar speed, which is about 186,000 miles per second or 300,000 km per second, the same as the speed of light. The wavelengths of AM signals are much bigger compared to FM signals. Two antennas will be required since a single antenna cannot pick up the various range of wavelengths.

Furthermore, the length of the antenna is not the only factor influencing the wavelengths. For instance, if you have a radio that uses a fixed length of the antenna, then it will only be able to receive one station. The signals from the antenna are fed into the tuning circuit within the radio receiver. Then, it will be latched into a certain frequency and all the rest will be ignored.

SEI offers various affordable RF and microwave products such as antennas, connectors, adapters, cable assemblies, etc. For more details, you may call us at (408) 374-1031.